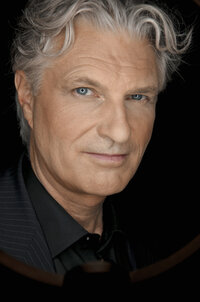 Professorship for Film Design
at the University of Mainz
since 1998

Awarded among others with the German Video Art Prize of the ZKM Karlsruhe,
including nomination for the German Federal Film Prize, Golden Gate Award, San Francisco.

Member of the German Film Academy

As a film author and director he was engaged after feature film and television play for ZDF (German TV) with the narrativity of new electronic forms in the artistic area and in TV formats.

From the middle of the nineties
Film author and producer for essay and documentary films.

2001 to 2005 artistic director and producer of the short film magazine
"KURZSCHLUSS" (ARTE-TV) for WDR and ZDF.

1988 - 1991
Research assistant
at the Institute for Audiovisual Media (AMI)
of the University of Hildesheim, Prof. Dr. Jan Berg