Broken wrists, indoor sweat and jumping basketballs - that's what sports can be like. But it was also a lively source of inspiration for artistic projects of the Gutenberg Intermedia “Blaue Zipfel” master’s course and students of the HKU Utrecht University of Art.

In October 2017, the Gutenberg Intermedia “Blaue Zipfel” master's program visited the HKU Art School in Utrecht, Netherlands, for five days. In order to overcome the initial barrier of getting to know each other, the guests from Mainz were included in the sports program immediately after their arrival: one and a half hours of basketball training. The training was followed by a get-together and a joint dinner - "Kroket met Appelmoes", a typical Dutch food.

The first evening wasn’t only an intend of an easy getting to know each other, but was also the basis for the following joint project by the students: “Designing a hall wall”.

Sports accidents such as sprained fingers and broken wrists, forgotten idols from basketball or fluid movements became a lively source of inspiration for the resulting illustrations.

This first evening ensured a successful working atmosphere among the guests and the HKU students. As a result a good exchange of ideas and feedback on the respective took place by the teachers of HKU and those of Mainz University of Applied Science. Lastly the hall manager attended to the final presentation of the mural and selected his favorites.

The resulting works were reproduced with a risograph and bound to so-called "zines". Zines are print publications which resemble magazines.

As a beautiful memory of a successful international exchange all students now have a common work zine. 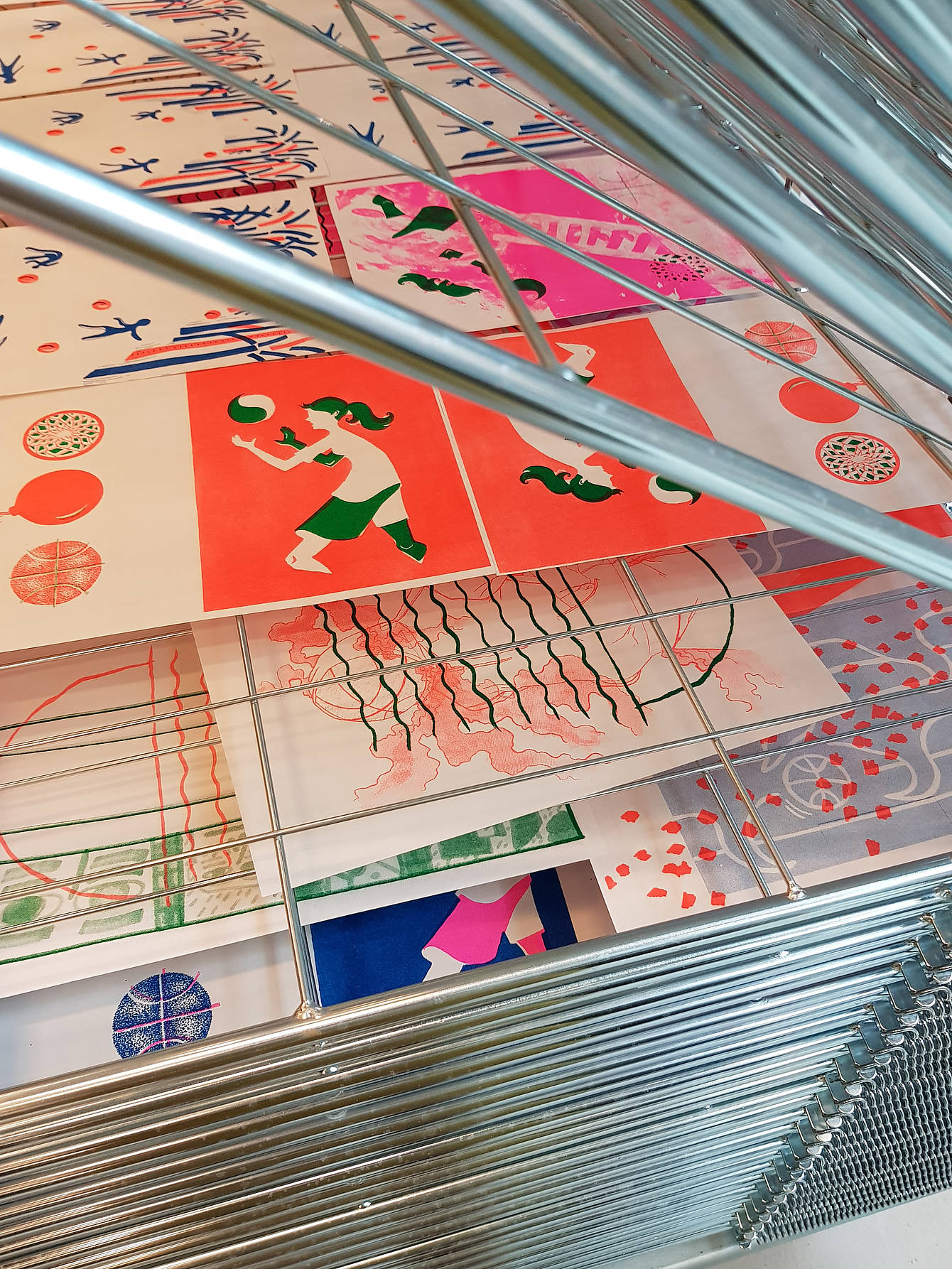 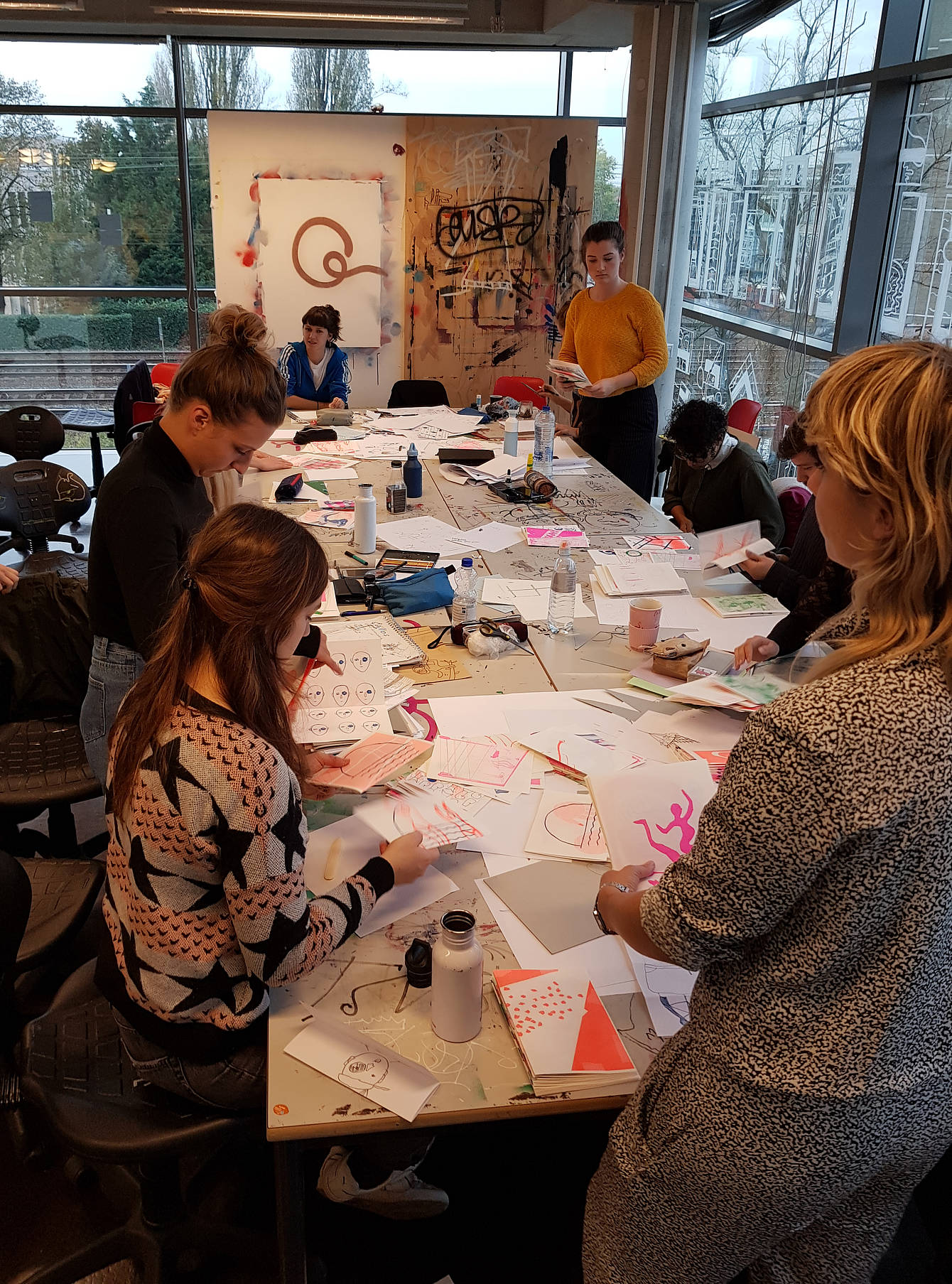