In Albania, there are an estimated 400 000 abandoned bunkers. They are evidence of Enver Hoxha's paranoid dictatorship from 1944 to 1985. Bed&Bunker is a research project that sees these bunkers as a resource and reuses them in the sense of sustainable tourism development.

The Albanian population has never really got used to the bunker buildings that were left open, they are regarded as disgraceful.

Since they belong to the Albanian state and are still considered as military installations, the bunkers could not be destroyed or dismantled. In the research project Bed&Bunker, the students wanted to find out by means of a practical experiment whether it is possible to convert a bunker into a minimal hostel for individual tourists in a prototypical way, using - for Albanian conditions - inexpensive self-construction.

The financial and technical possibilities of self-initiated follow-up projects should be taken into consideration under the aspect of sustainable and gentle tourism development.

The project team was made up by 27 people: Students and teachers of the Hochschule Mainz and the Polis University of Tirana. The bunker is located in Tale, a small town 60 km northwest of Tirana.

The implemented interior concept provides for the bunker to be equipped for up to eight persons. The existing structure was renovated, sealed and then a double floor was installed for the storage of the sewage pipes and electrification. A wet room with a toilet, shower and washbasin as well as a kitchenette have also been installed. 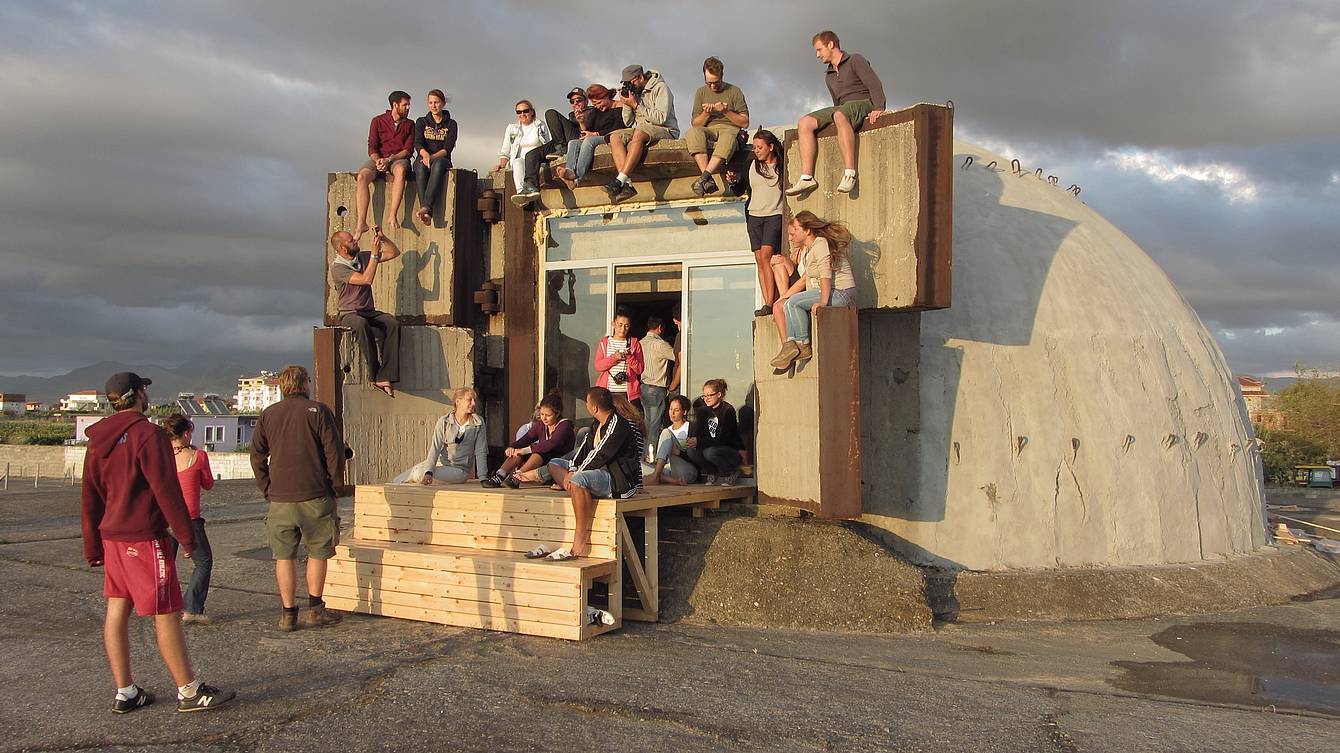