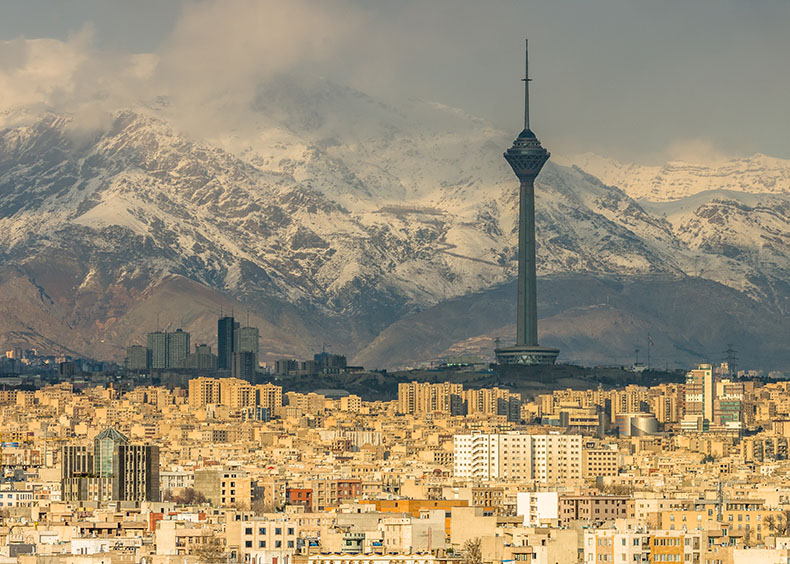 In early November, Iranian female students at Mainz University of Applied Sciences reported on the homeland they had left behind at an internal university event on campus. They spoke about their country, showed pictures, and provided information about the historical and social context of the protests in Iran. One of the students spoke about her own personal history and her experiences with the Iranian regime. Over Persian pastries and tea, a stimulating conversation unfolded with the 40 or so university staff members present about the women’s movement and the possibility of individually supporting the feminist protests in Iran.

With this event, the university offered its students and employees the opportunity for discussing what is happening in the fight for human rights in Iran. And this was precisely the aim of Prof. Dr. Katharina Dahm, Central Equal Opportunity Officer, and Gabriel Belinga Belinga, Head of the International Office, with the jointly organized event entitled Die Frauenbewegung – Frauen Leben Freiheit (The Women’s Movement – Women Live Freedom), when one of the Iranian students contacted them about this.

“As a university that is open-minded towards the world, we stand for human rights, rights of self-determination, women’s rights, democracy and freedom, and we wish safety and well-being to all people who stand up for these values in Iran or elsewhere in the world. We are concerned about the well-being of people (not only) at colleges and universities who are suffering repression,” said University President Professor Dr. Susanne Weissman. As such, the university is in constant dialogue internally with the AStA General Student Council and Iranian students. “Because fostering dialogue with other cultures in a variety of ways is a matter that is close to our hearts,” emphasized the University President.

Mainz University of Applied Sciences, represented by the university president, is a member of the German Rectors’ Conference (HRK) – a voluntary association of state and state-recognized universities in Germany. At its most recent general meeting in mid-November, the HRK expressed its dismay at the continued state violence in Iran against peacefully protesting citizens, including many students and academics. The assembly of German university leaders also declared its solidarity with the Iranian university members and the citizens demonstrating for human rights and explicitly also for women’s rights and equality in Iran.Read the full press release of the HRK in English

Backround: Since Mahsa Amini, a Kurdish woman, was violently detained on September 16, 2022, for violating the hijab law and later died of her severe injuries, students and scholars at numerous Iranian universities have been protesting against the state’s authoritarian government. The Iranian regime is cracking down on the protesters.

Editor’s note: To exercise discretion and to protect the Iranian female students as well as their family members also in Iran, no photos of the event will be published here.