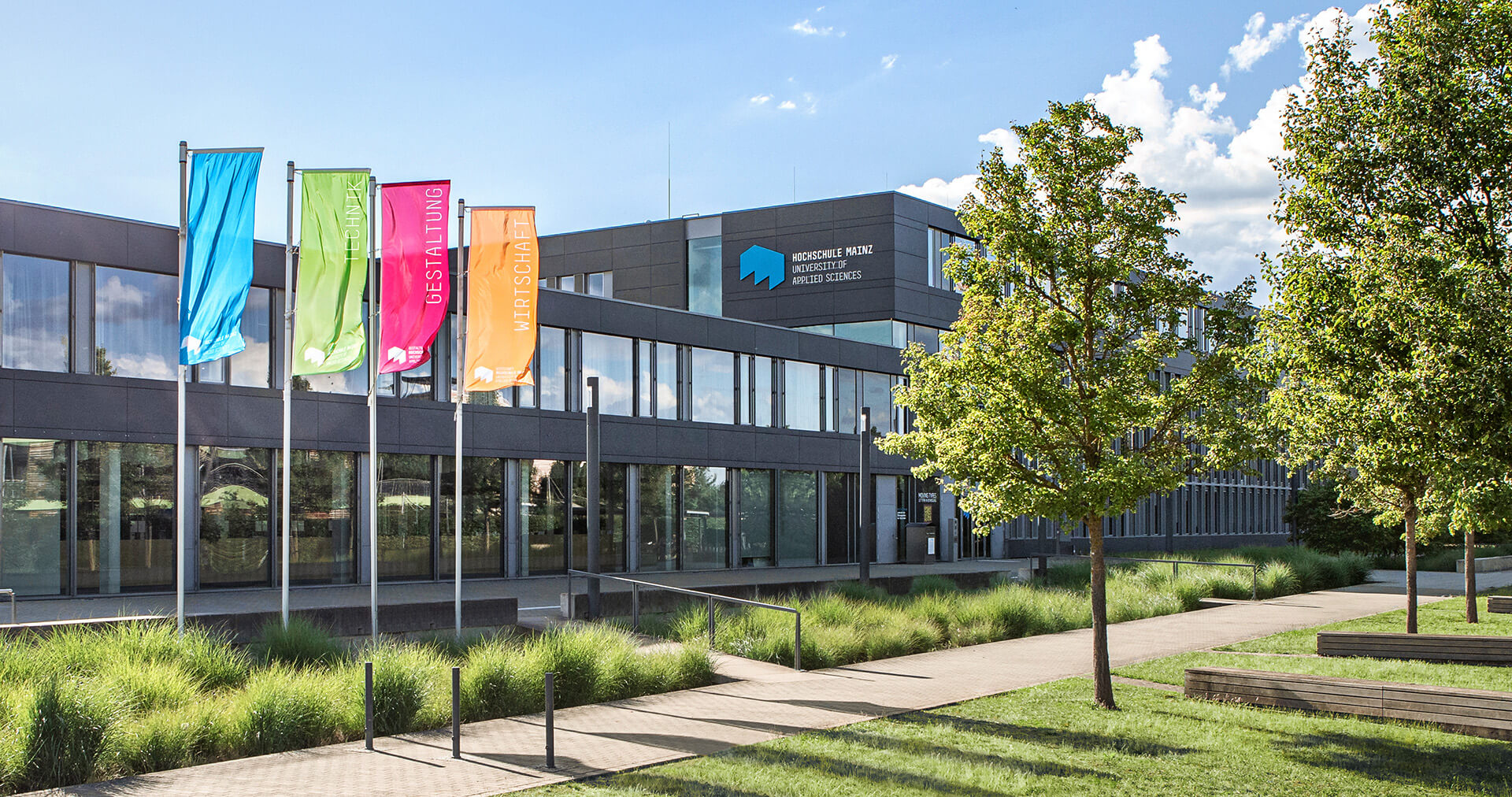 Much has changed since then: On 1 September 1996, the "Fachhochschule Rheinland-Pfalz", consisting of eight departments, was dissolved. A merger of the former departments Mainz I and Mainz II resulted in the Mainz University of Applied Sciences. Our German name was changed from "Fachhochschule Mainz" to "Hochschule Mainz" in September 2014, and around 5000 students are currently enrolled at the university.

In 2009, the university moved into an attractive new building on the campus in the immediate vicinity of Johannes Gutenberg University.

The School of Business with over 3,000 students, the Department of Geoinformatics and Surveying with its workshops and laboratories, and our central administration are located here. In addition, student dormitories and a day-care center for the children of students and employees of the university are available directly at our doorstep.

With a second construction phase for the schools currently housed in the city center of Mainz, we will unite all areas of our university at the new site. The aim is a modern campus that offers optimal opportunities for study, research and development; promotes interdisciplinary work as well as concentration; uses synergy effects and creates a sense of identity.

Born in Mainz, Lucy Hillebrand not only had a lasting influence on the world of architecture, she also helped open up the architectural profession, a very male-dominated profession in her time, to women. Based on the movement of the body in space, she acquired a very personal attitude towards architecture and became an honorary member of the Deutscher Werkbund in 1985. Up until 2002, her legacy was the only one from a female architect in the German Architecture Museum.

As part of the Klara Marie Faßbinder Visiting Professorship for Women’s and Gender Studies, Mainz University of Applied Sciences, together with the internationally renowned scientist Prof. Dr. Mary Pepchinski (Dresden University of Technology), produced a short video portrait of the person who gave our street on campus its name. Prof. Dr. Pepchinski’s research focuses on modern architecture and urbanism, as well as female architects in the 20th century. She composed and recorded a voice-over text for the video portrait.