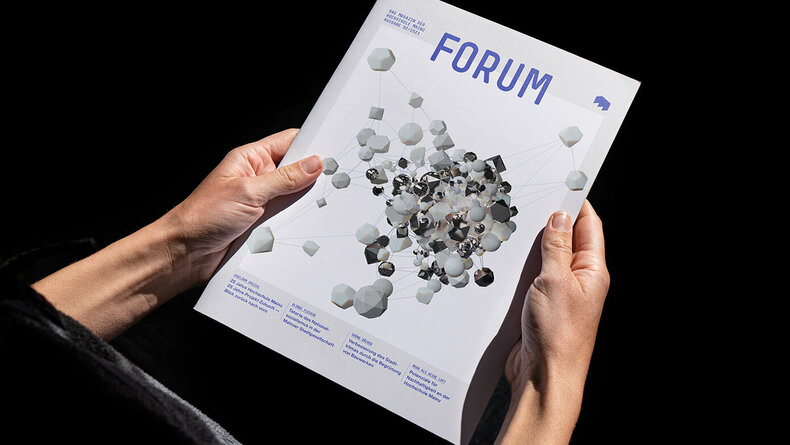 To mark its 25th anniversary, Mainz University of Applied Sciences has relaunched its university magazine, which has been published since 1997. The new "Forum" is fresher, bolder, and more modern, and its first issue includes a special section on our anniversary.

In the anniversary special, we turn our attention "back to the future" and focus on key issues such as the development of teaching, research and transfer; digitalization; and the future strategic direction of the university.

In addition, the new issue is dedicated to hot topics such as sustainability, climate change, and the energy transition, which are some of the mega trends of our time.

News
Forum
Anniversary edition of the magazine of Mainz University of Applied Sciences is published
News
AllRad launches pilot program
Bike lane maintenance improvements undergo testing
News
DIGITAL URBAN HISTORY LAB opens
Digital research lab dedicated to historical urban development shows the medieval cities of Mainz, Worms and Speyer
News
Flood prevention in communities
Joint project led by Mainz University of Applied Sciences develops advisory tool
In order to analyse the use and to improve our websites, we would like to use cookies. If you agree, please click “Accept”. If you would like to select individually which cookies we can use, to amend your settings or to receive more detailed information, go to "More information".
Demo-Page