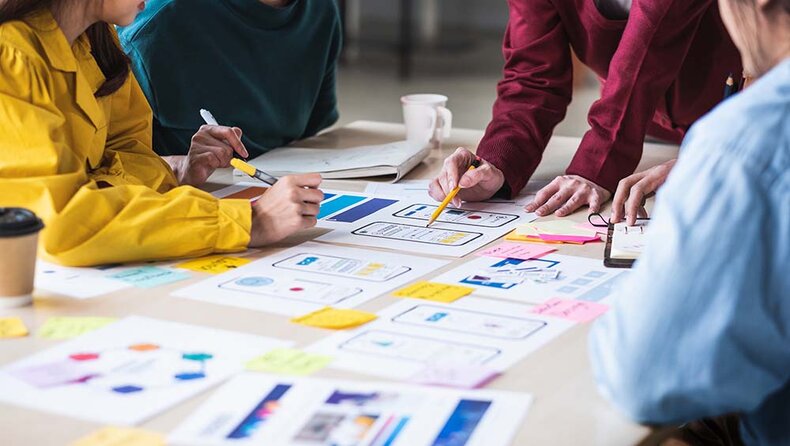 Accidents are omnipresent and the rapid rescuing of patients is a constant problem, more relevant than ever in the era of covid. Emergency services within Germany not only have to overcome hurdles on the way to the accident site, there are also obstacles when transporting the patients from the scene of the accident. Some students of Mainz University of Applied Sciences in the bachelor’s degree program in Digital Media focused on this topic in the context of the UX-Challenge of the UPA, the professional association of usability professionals.

A group of fourth-semester students in the UX Design module under the supervision of Alexander Rossner asked several RTW drivers these questions. In addition to various individual problems among the RTW drivers, one thing stood out over and over again. While traffic jams and unpredictable traffic participants have to be taken into account on the way there, finding an available bed in a hospital that matches the acute symptoms of the patient has to be dealt with on the way back from the scene. It quickly became apparent that the search for a bed complicated and prolonged the rescue situations. These are the situations where every second can make a difference. Because of this, the student group designed a concept for an app interface called Hospifix that uses voice input to interpret the patient’s symptoms, find an available bed at the nearest hospital, and immediately display the fastest possible route. This way, the individual steps associated with a rescue operation are no longer performed individually, but are instead automated.

During the classes, lecturer Alexander Rossner recommended that the students submit their ideas to the UX Challenge 2022. Based on this, some of the groups participated in the Challenge. Out of a total of 22 submissions, the group working on Hospifix was selected in advance by the judges as one of the top 5 submissions. At an award ceremony at the TU Darmstadt, the final ranking was announced. Hospifix took fourth place and received a certificate and €500. The degree program directors congratulate Tilmann Boos, Jasper Nielsen, Sarah-Sophie Kiesow and Florian Sieber, along with Alexander Rossner as the lecturer.