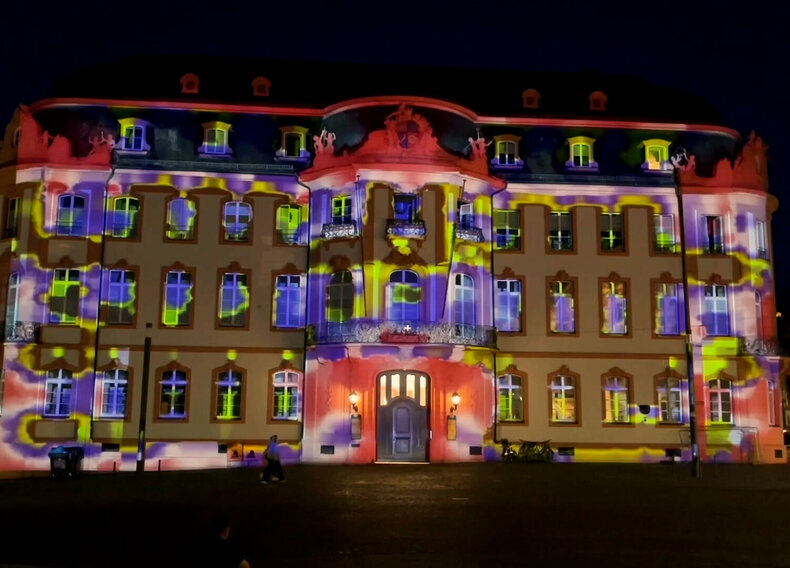 The new event concept Mainz leuchtet - Das Late Light Festival, planned for 2023 in the state capital Mainz, is being developed largely by Mainz University of Applied Sciences in close cooperation with the city of Mainz. The planned light projections at the Mainz Cathedral, the State Theater, City Hall, the Rheingoldhalle and other locations in downtown that are among the highlights of the festival will be designed and executed by students of the degree program Time-Based Media. Video projections tailored to each building include moving images that tell animated stories on the façades, which are illuminated at night.

“Animating the downtown area, along with the opportunity to vast light on vacant buildings is a highly interesting issue for designers,” says Professor Olaf Hirschberg, Dean of the School of Design. “It’s a given that this also includes working with sustainable and responsible production methods. These topics are of key importance to us as a university, and by no means just since the energy crisis.”

The Mainz leuchtet series, which is being held in cooperation with mainzplus CITYMARKETING, the capital city of Mainz and the state of Rhineland-Palatinate, aims to revitalize the downtown area and support the stores and businesses located there. It involves a number of individual activities and is supported by the Innenstadt-Impulse funding program of the state of Rhineland-Palatinate and the state capital of Mainz. As a result of the current energy crisis, the Light Festival originally planned for the fall of 2022 has been postponed until next year.