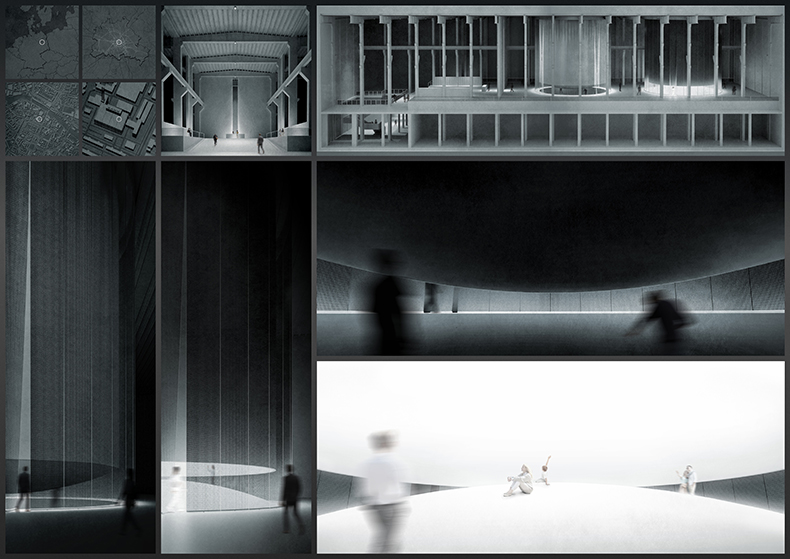 At the Museum of Emotions competition, students from the bachelor’s degree program in Interior Design and the master’s degree program in Spatial Communication won prizes amounting to 2,500 Euro. The assignment was to design two rooms that each triggered a positive and a negative emotion. While lecturer Tina Buß gave the students in the bachelor’s program the former power station Kraftwerk Berlin Mitte, as a venue, the students in the master’s program under Professor Andreas Kaiser were free to design their own architectures. A total of eight projects from Mainz made it onto the shortlist of the best 40 entries. As a result, Mainz University of Applied Sciences rose to 16th place out of a total of 1,237 in the worldwide rankings as the best German-language university of applied sciences.

With his design Hemispheres, Christian Dummermuth won the second prize, with a cash award of €1500, as well as the Archive Students Award, with a cash award of €500. His design uses the qualities and spatial effect of the given location, a decommissioned power plant, and enters into a dialogue with the space by suspending two circular exhibition halls, identical from the outside, in the large main hall of the building. The basic idea of working solely with simple contrasts in the interior of the two dimensions is implemented very consistently so as to tell the story clearly and convincingly. The dark negative space creates an oppressive sense of space by means of a concave depression in the floor and a ceiling that curves towards the floor, while the positive space is brightly lit and creates a sense of space and lightness with a mound and an opening ceiling.

Anna Schuler and Sofie Vieth won the €500 AAPPAREL Sustainability Award for their design by the name of Mutation in Space. The duo uses a vacant high-rise residential building, adding an airy scaffolding structure to it that both invades and threatens the building from the outside. The building’s core is hollowed out and filled with lush vegetation. Thus they create an oasis on the inside, which one must leave again and again to get to the top using the scaffolding structure. 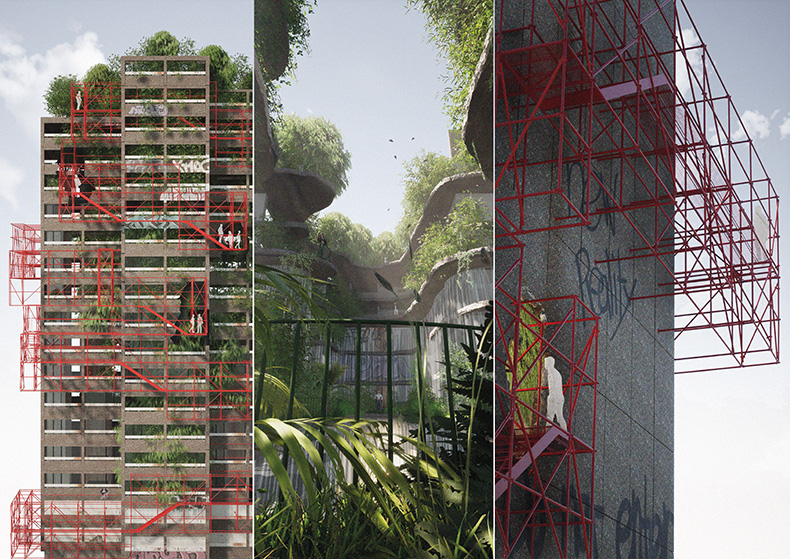 Felix Zaglauer and Mira Gerhardt received an honorable mention for their project called Follow the light. They situated their building structure in the desert. First, the visitor walks through the space of negative emotions on the way to the center. This negative space is made of a wall structure that forms increasingly higher, tapering corridors towards the center of the crater. Through narrow slits in the ceiling, sparse light filters into the interior, hazily pointing the visitor in the direction of the room of positive emotions. The positive space in the crater’s center is a light-filled double dome with vegetation and water pools, offering a moment of relief and reassurance. 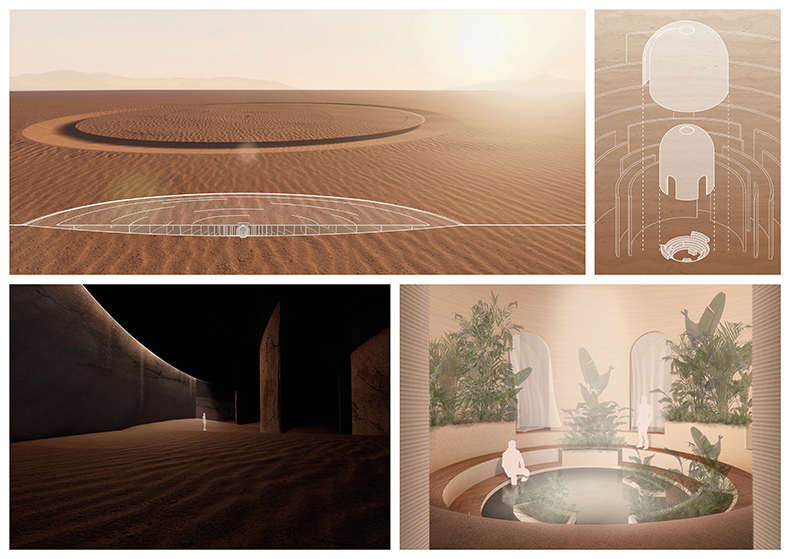 The Museum of Emotions competition is held by the multidimensional platform Buildner, which organizes international competitions for architectural projects. Museum of Emotions tasks the participants with using architecture as a tool to evoke different emotions, choosing between a real or imaginary location. A unique aspect of the competition is that the participants have to communicate their ideas without any text. In the competition, the students were required to limit themselves to an A 2 size poster and to use the power of the images to convince the judges.

The winning entries and other designs from the class will be on display in an exhibition at the LUX Pavilion of Mainz University of Applied Sciences in September:
When: September 6 to 23, 2022
Opening: September 6, 2022, 6 pm
Where: LUX-Pavillon, Ludwigsstraße 2, 55116 Mainz