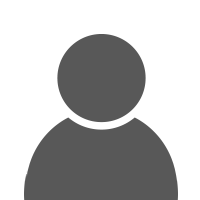 Between 1988 and 1991 studied in Lisbon composition with Constança Capdeville.
In 1994 Paulo Ferreira-Lopes moved to Paris. Between 1995 and 1997 studied in Paris composition with Emmanuel Nunes, Antoine Bonnet and Computer Music with Curtis Roads.
In 1996 he received a Master in Composition - University of Paris VII - under the advice of Horacio Vaggione.
In 1996 further studies in composition with Karlheinz Stockhausen at the "Internationale Ferienkurse für Neue Musik", Darmstadt. Also in 1996, distinguished as Researcher with a scholarship of the French Government by the "Ministere de la Recherche" at the "Departement d’Esthétique et Technologies des Arts" of University of Paris VIII .
In 1997, composition-prize at Stasis et Vita competition Kassel, Germany.
Founder and Director (between 1992/95) of the Electronic Music Studio C.C.I.M.
Founder and Director (2000) of the Summer Workshops - olhAres de Outono at Portuguese Catholic Univesity Porto.
Since 1998, artist in residence and researcher at ZKM - Zentrum für Kunst und Medientechnologie - Karlsruhe Germany.
Since 2002, member from the European Parlament of Culture .
In 2004 he received the Doctor degree from the University of Paris VIII.
Founder and Director from the Research Centre for Science and Technology in Art CITAR (2004-2007) and Professor at Portuguese Catholic University.Director of the Music Department - Portuguese Catholic University (2010-2013).
Invited Professor at Karlsruhe Music University